One thing you can guarantee about life in the digital age is that there will always be new technology released. And every time, it gets hyped, promoted, blasted out to the ends of the earth and touted as the “next big thing.” But many of these “revolutionary” new technologies fade in a couple of years — or even months.

SMS marketing isn’t exactly new, but is it here to stay well into the future? Unless it will still be growing and thriving several years from now, businesses may not want to add yet another tech tool to their marketing and business operations.

With that in mind, let’s take a look at common features of tech that endures and tech that fails to live up to the hype. Then, we’ll hold SMS marketing up to both lists and see where it fits.

But first, let’s look at the wrong way to answer this question, which is how most others attempt to do it.

What Others Say About the Staying Power of SMS

Other attempts to figure out if SMS is here to stay mostly miss the point. They try to answer it from the business’ perspective, and they ignore the consumer’s role.

For instance, this article touts SMS as “more effective than email marketing.” It isn’t, because email and SMS are different forms of media. You can’t do everything in SMS that you can do in email. They are complementary marketing channels, not either-or.

The same article also says SMS helps businesses keep customers engaged and informed. Yes, it does and that’s a great use for SMS marketing, but that’s only from the business side. Do customers want to be engaged via SMS? Do they feel informed, or do they feel harassed and intruded on when companies show up in their texts? The difference matters — a lot.

Other articles make similar points, and talk up the versatility and scalability of SMS. Again, this is all true, but customers don’t care about that. That’s a point in favor of SMS for businesses. Technology that actually takes hold among the masses must be embraced by them, not forced on them.

The point is, if enough average people don’t like a new technology, it doesn’t matter how much that technology benefits companies. No one will adopt it and it will flame out.

Here are some of the reasons new technology fails to live up to the promise and the hype, no matter how much attention it may garner in the media.

Too complicated for the average consumer

If the average person can’t figure it out in a few minutes or less, they won’t use new technology. This is the problem with crypto. Yes, it’s having its moment, but the vast majority of people are doing nothing with crypto and have little interest in getting started. Why? Because it’s too complicated and mysterious. How does it work? Is it real? Is it reliable? Where is my money, really, if I want to withdraw it?

A lot of new technology suffers from this problem. It’s just too hard to understand and use, and people don’t see the benefits.

This is why virtual and augmented reality have remained a bit of a niche market. It requires new, expensive equipment.  And equipment can break, get stolen, be difficult to figure out, and often ends up like old exercise machines bought from an infomercial twenty years ago, now collecting dust in the garage.

Remember Google Glass? Gone before you knew it. Many people don’t want yet another piece of equipment to keep track of and learn how to use.

Tech often intertwines with privacy, and some new technology just takes it too far. Google Glass is a great example. These were like eyeglasses with built-in cameras, and you could film people without them even knowing. As you can imagine, this didn’t go over too well with some, and rightfully so.

Overly invasive technology usually ends up losing out. We’re even seeing this more with “traditional” online marketing techniques. Both Apple and Google are working on policies to make it harder to track people’s online activities.

Adds yet another ‘essential’ thing to life

This is the problem with apps on your phone. Who has capacity in their life to actually pay attention to 500 apps? And yet, every company is now coming out with their own app, not to mention all the other apps that promise to “save time” and make our lives easier. App overload is the inevitable outcome, and people will go on app-clearing sprees where they delete all the ones they never really needed and can’t keep up with.

People are busy. New technology that makes us even busier will fail to take hold among the masses.

Too hard to sell

Lastly, for all the reasons just listed, new technology can fail because it’s just too hard to sell. There are too many objections to overcome or the benefits just take too long to explain.

Common Traits of Technology that Endures

In contrast to the previous list, technology succeeds when it integrates with our lives in ways that make life better, rather than adding costs, complications, and new responsibilities. Here’s what technology that’s here to stay has in its favor — in the eyes of the consumer, not the business.

The average person understands it

There’s no confusion, no handbook, no software guide necessary for any of these technologies.

Adds convenience rather than complication

Technology always promises to make our lives easier. But much of it fails terribly to deliver on that promise. Does having 500 apps make your life easier? Standing back from a distance and looking at the situation objectively, the answer for most people would be a resounding “no.”

When new technology is forced on people, it’s frustrating, annoying, wastes time, and increases aggravation. Nothing that produces those emotions will ever be adopted by the masses. But when new tech actually does make life easier, it’s a big win.

How does it help me while I’m driving to work, or going shopping, or having dinner?

Technology that endures does so because it enhances what we already have and are already doing. The microwave is a classic example. We have leftovers, and we need to heat them up. The microwave makes that easier in every way. The smartphone works similarly. We already had phones. Now, we can bring them with us.

Were this a ranked list, this would be number one. If it’s not easy, most people won’t do it. Back in the 1980s and 1990s, there was a term called a ‘computer nerd.’ That existed because most people didn’t “get” computers or know much about them.

It was only after social media hit the scene that you began to see masses of average people using computers as part of their daily lives. Social media was a pioneer in this respect. Millions of people were suddenly logging in who wouldn’t have gone near a word processor or spreadsheet.

Technology that endures doesn’t require new purchases or devices to keep track of. The smartphone is a rare exception to this, but that’s because it can check off all the other items on this list.

When you look at the basics of SMS marketing, you quickly realize why it’s performed so well thus far, and why it’s here to stay for years to come. Look at the previous list. SMS can check off every one of those items.

Yes, SMS benefits businesses. You can deliver SMS more quickly than email because most people open new texts within minutes of receiving them. The open rates are way higher. The personalization is outstanding. And the cost is minimal since it’s just text.

But look at how SMS also benefits consumers:

There’s no commitment to read long sales messages or watch long videos. Text messages are always short, so it doesn’t suck up hours and hours of time in people’s schedules like social media can. Just a few seconds per text.

Simple and to the point

When you get a text message, you read it, act on it, or ignore it, all in a matter of seconds, and then move on with your day. The turnaround for SMS is super fast.

Everyone already has the technology. It’s the same smartphone they’re already familiar with. And most people already use text messaging all the time, so there’s no new software to learn. It couldn’t be easier, because there’s nothing new with SMS marketing.

You have to opt in to receive SMS marketing, and you shouldn’t be getting any strange texts from unknown companies or nefarious individuals. The reason is because sending mass texts is a lot harder than sending mass emails, due to the nature of who controls the technology. Perhaps this will change in the future, but for now, SMS remains a relatively spam-free zone.

Majority of consumers already use it

The surest sign of a technology that is here to stay is when a majority of people are using it. And almost 50 million consumers have opted in to receive SMS from at least one company or organization. That’s a pretty strong indication that SMS is here to stay.

How to Stay Relevant with SMS Marketing

Given that SMS marketing isn’t going anywhere, your main goals should be to get more leads and customers to opt in to receive texts from your company, and then to keep them subscribed.

This means following SMS best practices like not sending too many messages or delivering them at 2am, keeping texts relevant through segmentation and personalization, and delivering exclusive and valuable offers or information.

That’s just the beginning. Learn the basics of SMS marketing. 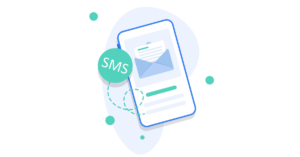 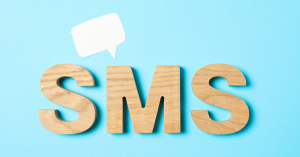 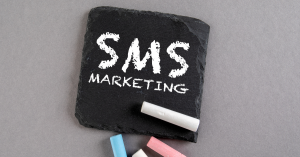 Benefits and Drawbacks of Adding SMS to Your Marketing Mix